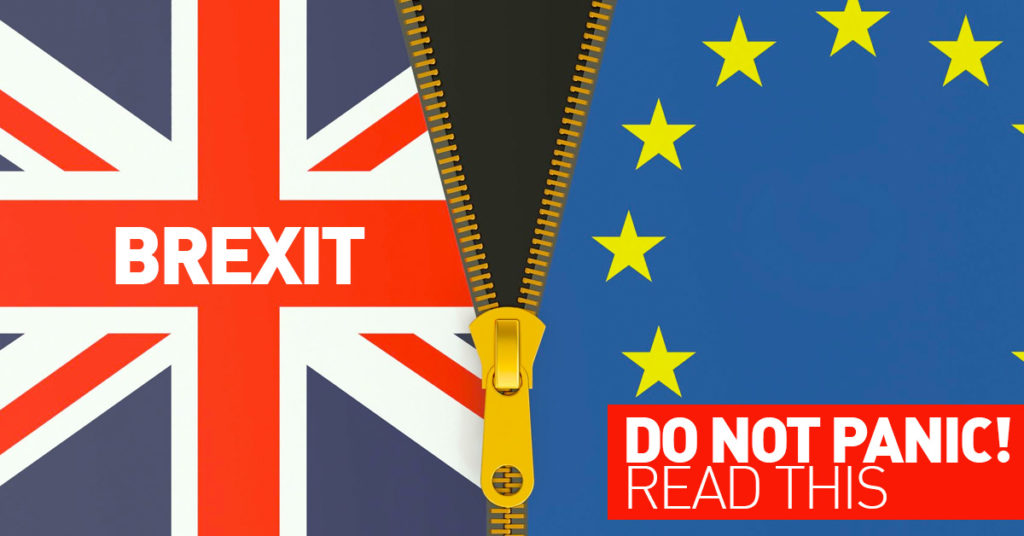 In this week’s article, we need to talk about the Brexit and how it can affect the British expats living in Spain. First of all, we want to send all the expats a message of calm and support.

Do not panic, nothing has happened.

Although the favorable vote to the Brexit is a historical fact that very possibly would have important legal implications, the fact is that the legal situation of British expatriates in Spain today is the same as a month ago and in the near future. Therefore, at the current time, there is no effective change in your situation, and there is no need to make hasty and immediate decisions.

We have noted already, just few days after the vote, that from different sources the expatriates have been feeling under pressure to make decisions right now, to sell their properties, etc., we understand that there could be hidden interests from those sending these messages. The disconnection procedure from the European Union will be a very slow process, therefore do not rush to any hasty decisions you may regret. We have even heard statements that expatriates could lose their property rights on their properties in Spain, which is absolutely and completely false.

What will happen in the future?

Probably nobody is able to answer this question at this time. Most likely the United Kingdom will join the European Economic Area, as is currently the case of countries such as Norway, Iceland, etc. allowing the free movement of British citizens in Spain. Or possible new and different kind of relations will be settled with the EU or even specific agreements with Spain given the high number of British residents in this country, as is the case with countries like Switzerland, etc.

.-Retired -Residents in Spain wonder whether or not it they will have the obligation to obtain a residence permit and if so, what would be the conditions, and would they will be entitled to get access to medical treatments, health coverage (social security), etc.

.- Workers and businesses. Outside of the EU, in British citizens in theory would not have right to the freedom to provide services or residence in the Union.

.-Taxes / Fiscal Effects: There may be many types of tax implications. One example: those heirs who are not tax residents in the European Union, could not benefit from the same tax advantages as those who are in the European Union under current Spanish Inheritance Tax Laws.

In our opinion, because of the many links between the UK and the European Union, especially Spain, which is home to the highest number of British expatriates, we are sure that some mechanisms will be articulated through international negotiations and/or agreements with the European Union, and/or with Spain, so expatriates could be able to continue to enjoy their life in this country.

Therefore, we recommend at the moment not to make any hasty decisions, as legally yet nothing has changed and  the process of leaving the European Union would take a long time, with no changes to the known legal status of the UK and its citizens in the European Union being known at the present . In any case, if you want to review your tax strategy and your situation, please contact us and we will help.

The information provided in this article is not intended to be legal advice, but merely conveys information related to legal issues.