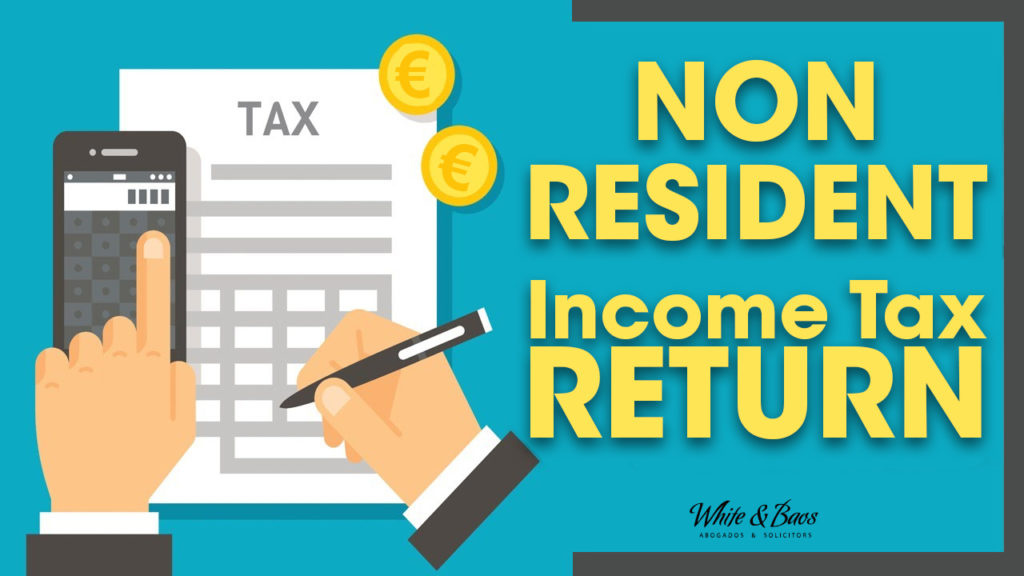 AS we have explained on a number of occasions, individuals who are non tax residents in Spain and who own a property or have a part interest in one have the obligation to pay individual Non Residents Income Tax in respect of that property.

This obligation will apply to all those who are not tax residents in Spain because by definition it is assumed that the property they have here is not their permanent residence.

Thus, they must pay income tax if they rent the property out, in which case they will pay according to what is received in rental fees but if they do not rent it out, they will still be required to pay this tax in respect of non-residents tax, which is calculated based on the cadastral value of the property.

Effectively, non-residents  and also tax resident are taxed on the rights they have to a holiday property, (which is not the habitual residency), even though no income is derived from it.

Many foreigners and expatriate non-residents, who own a property (or part of one) in Spain do not understand that they still have an obligation to pay this tax here in Spain, even if they do not earn anything from it and they are paying for the mere fact of being owners (and having the right to enjoy or use of the property).

In reality, the amounts payable for this tax are in most cases small annual sums, but if the tax is not paid and if the Tax Agency (national tax authority) discovers this, taxes not paid, could be reviewed for the last four years and there may also be a claim in respect of interest and penalties.

Recently several foreigners and expatriates have contacted us having received a request from the tax management office responsible for non-residents, noting that they are owners recorded in the cadastre of real estate properties in Spain, who have not been presented tax declarations of income tax neither as residents nor as non-residents, and informing them that:

According to these notifications we believe that;

If you own a property in Spain, but you have not filed income tax returns for non-residents, you may be requested by the tax agency to do so.

We advise you therefore to regularise your situation and if you are the owner of a property in Spain, submit your income tax as a Non-Resident (even if you have not rented the property) as the amounts are generally relatively small and you would then avoid possible fines, etc.

If you want to review your tax situation in Spain if you are a non-resident and owner of a property (or percentage of it), contact us and we will help you.