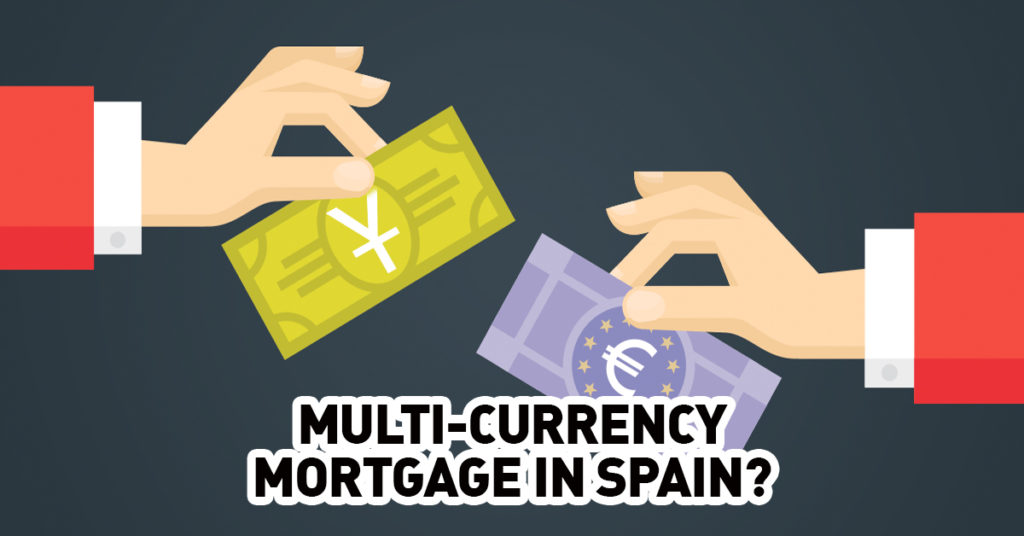 As we have pointed out in previous articles, one of the types of loan that has seriously damaged the consumer is without doubt the multi-currency loan or mortgage, for which, instead of receiving the money in Euros, it is lent in a foreign currency, usually Swiss francs or Japanese yen, etc.

They are very risky loans, as the monthly mortgage payments to be paid, and the outstanding capital (the equivalent in Euros) depend on the exchange rate of the currency, which highly unpredictable. This is why we believe this product is only advisable for experts in currency exchange, or for those who have their income in the currency chosen.

The legal consequences of requesting the nullity of multi-currency clauses.

In contesting these loans in court, it should be requested that the multi-currency clauses be declared null, but not the entire loan or mortgage, since doing so it would mean that both parties would need to give back anything received, so the bank would return what was received from the consumer (monthly payments), but the consumer would also have to return the entire capital received from the bank.

Many banks in the court proceedings argue that in case of the nullity of the multi-currency clauses being declared, because the bank did not correctly inform about the risks and the clauses were not transparent, then the judge must declare the complete loan null and void. They argue that this is the only solution, since the judge cannot disintegrate the contract, modify it and set a different currency than the one agreed by the parties.

We do not agree, and along with most court precedents, we believe that the nullity of multi-currency clauses must result in the loan being understood as agreed in euros from the beginning, and all the monthly payments paid, along with the amortization table, must be reviewed accordingly.

The full nullity of the loan as requested by the banks, would, as the ECJ says in its judgment of 30 April 2014, be against the ultimate aim of the consumers’ regulation, which is the protection of consumers, since the effect would be more detrimental to the consumer than to the bank, since the consumer has to repay the loan in full.

The possibility of interpreting these kind of mortgage loans as agreed in Euros leaving the loan to exist despite the nullity of part of its clauses, is also in line with the article 83 of RDL 1/2007 concerning consumers and users, and the principles of interpretation in favour of the consumer (pro consumatore) and the principle of conservation of the contract.

If you or someone you know has a problem with a foreign currency mortgage loan, contact us and we will help you.