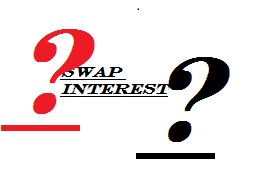 I have a problem with my bank . They asked me to sign a kind of  insurance (CLIP SWAP contract) to avoid any rise in the interest rate of my loan (Euribor). Now they charging me because they say that the loan interest I am paying is less than the agreed  rate. But this  is not what they had told me before.  Is this normal, or even legal? Legally, what action can I take?

Thank you for your inquiry. Although it would be necessary to study your documents in detail, we understand that you are talking about an interest rate swap contract IRS, normally known as SWAP, and named also by some banks as CLIP, etc.

While it is true that many banks sell them as an insurance contract to guarantee that if the interest rate increases (in the Euribor for example), it will not affect your payments, in reality it is not actually an insurance.

Normally, in this type of contract, If the variable interest (i.e. Euribor) rises and the result is higher than the agreed interest rate levels, then the client is better off, but if the opposite happens (which in is what normally happens, because the Euribor is very low), there is a loss payable by the client to the bank.

The problem is that many banks do not explain the product correctly and present it as insurance for possible fluctuations and increase in the interest rates; but without duly informing of the risks in case of a drop on the interest rate, which would mean significant losses.

If you were not correctly informed, if the bank did not test if the product was suitable for you, etc., you could request to nullify this interest rate swap, (SWAP CLIP), and the return of the amount paid.

In this respect, there are many court precedents in Spain, including Court Decision number 392/2011 from our Alicante Provincial Court. Where the bank was condemned to repay the amounts charged based on this kind of contract, stating that the consent given by the consumer was based on a mistake, because the consumer signed without being previously informed, with sufficient clarity, about the advantages and disadvantages of the contract, and therefore the consumer was unable to make an informed decision.  The court declared the contract null and void, recalling also that the General Terms and Conditions Act establishes the prohibition of  illegible, ambiguous, obscure and incomprehensible clauses, which could be declared null and void if they produce a damage to the consumer.

Therefore, if you find yourself in this situation, and you think that you have been “cheated” by your bank, our firm can help you .

You can follow the Spanish Legal Issues that affect you and consult us by following us on facebook.