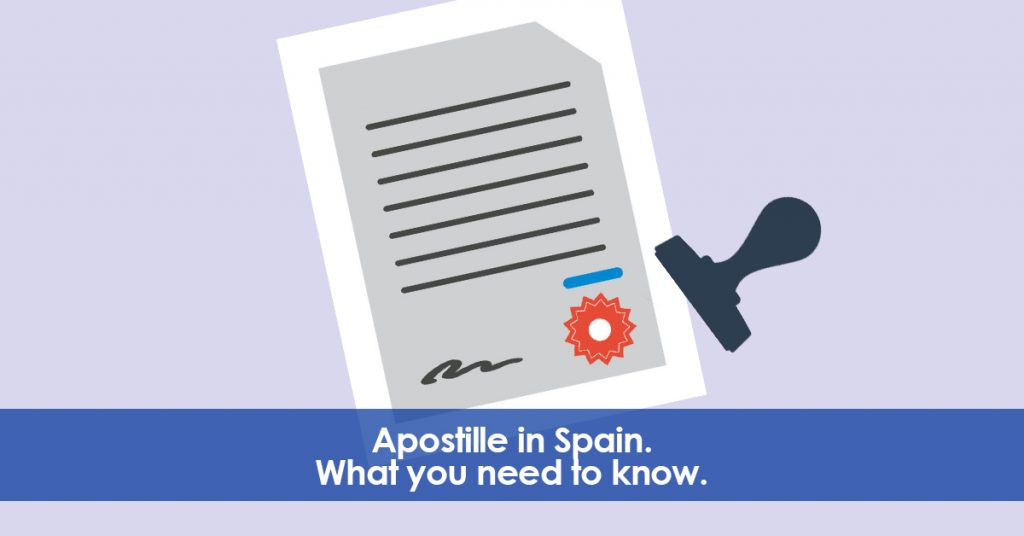 IN today’s article we will deal with a problem that many of our readers might have encountered at some time or another. The need to apostille or legalise a public document issued in one country for it to be admitted in another. Academic documents, death certificates, birth certificates, power of attorney, judicial sentences, criminal record certificates…  There is a wide variety of documents that may need to be apostilled at any given time. Is the Apostille always necessary in Spain? What effects does it have? Are there any exceptions? We analyse all these questions below.

Apostille. What does it mean? What are its main effects?

Let us take a rather common example. A British resident, with assets in Spain, dies in the UK. To process the inheritance, the death certificate issued in the UK needs to be duly apostilled. What is the role of the apostille? The apostille or legalisation is the process by which this document is given validity, legality and authenticity, so that it can be recognised by the Spanish authorities.

How does it work in practice? First, the competent authority will have to carry out the appropriate checks (authenticity of the signature, the status of the person signing the document, etc).  After that, a sheet of paper will be added to the back of the document to be legalised, certifying its authenticity. This sheet is known as an ‘apostille’.

One of the most important international conventions in this respect is the Hague Convention of 1961. Here, the signatory countries commit themselves to mutually recognise the authenticity of any public document issued in their respective territories. The importance of this convention lies in the fact that it has been ratified by almost 100 countries. These include the European Community, the USA, Canada, Mexico, Australia, and many Latin American countries. Its wide acceptance in the international community has made the ‘Hague Apostille’ one of the most broadly used mechanisms for the recognition of foreign documents.

On 16 February 2019, Regulation 2016/1191 entered into force in the European Union. This Regulation has simplified relations between member countries immensely. Its main novelty is that it contains a list of documents that will not require apostille or legalisation. These include certificates of birth, death, marriage, birth, divorce, absence of a criminal record, etc. All these documents must be accepted by the other member countries without any other requirement other than, if necessary, a sworn translation.

Apostille in Spain: Which authority is competent in each case?

If you need information about the apostille in Spain, at White-Baos we are experts in private international law. Please, do not hesitate to contact us. Similarly, if you need to apostille British documents issued by the UK authorities before the offices of the Foreign and Commonwealth Office, we can help you.

The information provided in this article is not intended to be legal advice, it simply conveys information related to legal issues.

How Get a Spanish Criminal Record Certificate in Spain.