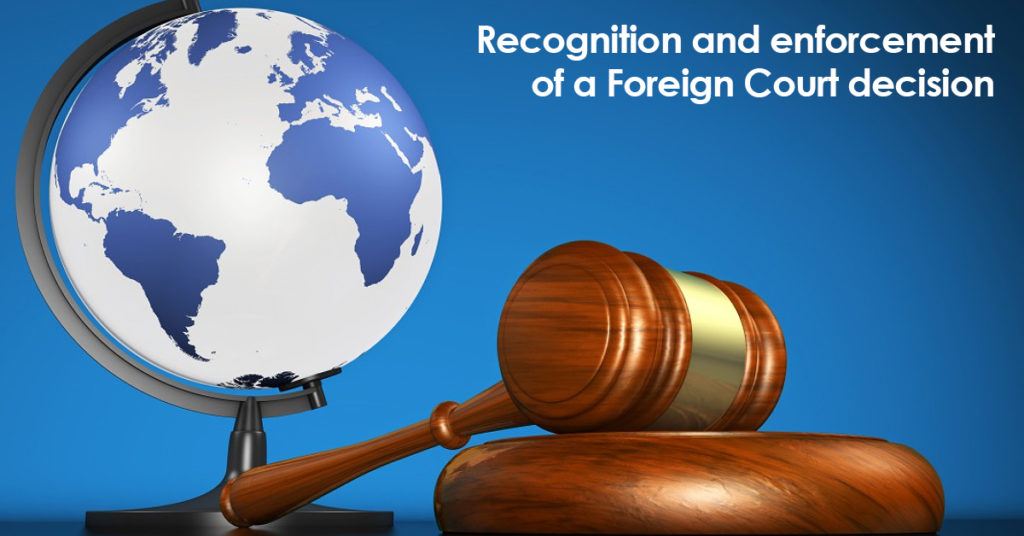 WHEN a decision is made by the Courts of one country, that resolution can affect the situation in other countries where the defendant or plaintiff may have connections.

One of the most significant examples of this is divorce settlements and as an example a couple gets divorced through the courts of their country (United Kingdom, Ireland, etc).

Among the assets that the spouses have in co-ownership there is a holiday home, which is located in another country (for example Spain) and by joint agreement or by the decision of a judge, it is awarded to just one of the spouses.

Other situations may include judgements that regulate the custody of children, as well as declarations as to who is the owner of diverse assets such as property.

Any decision made in one country does not automatically apply to the situation in other countries and must be recognised by the courts there.

For a foreign judgment to be valid in Spain,  therefore, it must be recognised by the Spanish courts and to achieve this, there are currently two coexisting procedures which depend on the country where the court decision was first issued.

It will be enough to present to the courts in Spain a copy of the resolution with the legal requirements that certify its authenticity and a certificate that was issued by the court, being able to use the form described in the Regulation in its first annex.

If the country where the sentence was issued is not a member state of the European Union, one must initiate the so-called exequatur procedure. This is a procedure regulated in Spain through Law 29/2015 of July 30 on international legal cooperation in civil matters.

Through this procedure, the person who wishes that a judgment issued abroad is recognised in Spain, must request their recognition before the Court of First Instance that is competent according to the Law.

With this process, the Spanish court will check the overseas courts decision and will verify that it conforms to the laws and the basic principles of Spanish law and will decide whether or not it will be recognised.

The causes for which the judge can deny the recognition of an overseas court decision are described in article 46 of the said Law and amongst other reason we would highlight that it may be contrary to Spanish Law, or incompatible with another court decision issued in Spain.

If you have obtained a favourable ruling in your country, and it must be applied or executed in Spain, and you want expert legal advice, contact us.