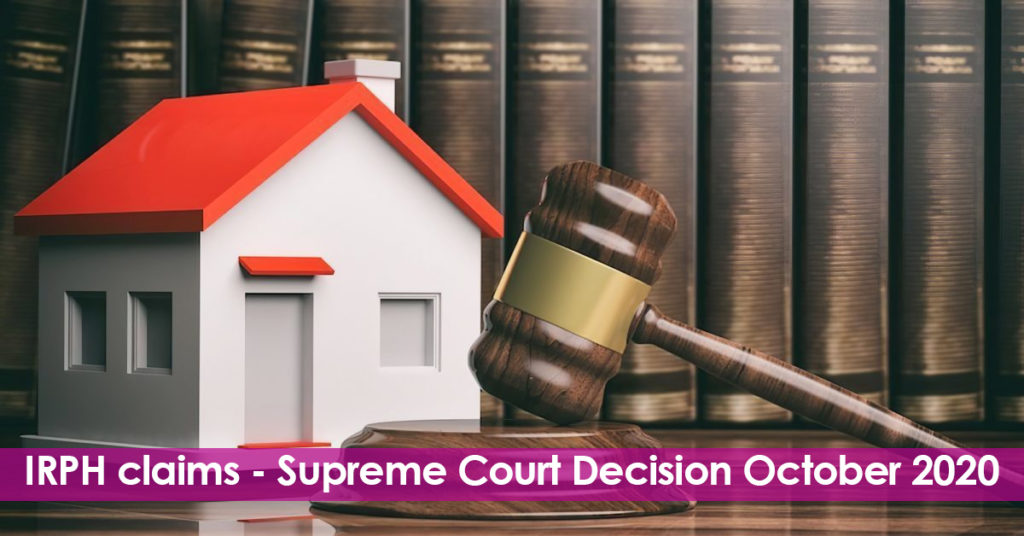 OVER the years, we have written many articles about IRPH claims  which is an index that sets the variable interest on some mortgage loans in Spain and how its transparency and whether it is abusive or not, was under review.

Therefore, what must be judged is whether consumers fully understood the consequences when they signed the mortgage loan and if they knew the differences between IRPH and Euribor and the significance of signing with one or the other.

The European Court of Justice rectified a decision by the Supreme Court, stating that the IRPH clauses should be submitted for transparency judgement.

In addition, the ECJ pointed out that to do that, the regulations in Spain concerning the information to be supplied by banks, should be carefully studied.

The order 5/5/1994 and circular 8/1990 are key, which indicate, for most loans, that the evolution of the index on the two years previous to the signature of the loan, must be advised to the client.

Therefore, in light of the ECJ ruling of March 2020, it was foreseeable that many IRPH claims would be successful.

The recent decision of the Supreme Court on the IRPH

On October 21, 2020, the Supreme Court published a press release which can be viewed on their website with regards to four appeals on IRPH claims.

It does record that the lack of transparency has been recognised, due to the lack of information on the evolution of the IRPH.

But, inexplicably, it is pointed out that the abusiveness has been analysed afterwards, and they understand that there has been no abuse. Therefore, the IRPH is not declared null and void.

We must wait for the judgments to be published but, we are of the opinion that once again the Supreme Court may be questioned and possibly overruled.

We understand that a clause imposed to a consumer could not be considered non-transparent, and then, declared not abusive. Probably the Court considered that as the IRPH is an official index, its information was easily accessible.

But the truth is that this argument is dangerous, because:

– The Supreme Court leaves the failure to provide mandatory information by the bank, without consequences.

– The Supreme Court introduces a double trial. Apparently, it is no longer enough that a clause is not transparent to declare its abusiveness. It seems it also needs an abusiveness judgement. This does not conform to the European directive and ECJ precedents.

We trust that the ECJ will correct the Spanish Supreme Court again, as with the IRPH claims, floor clauses, etc.

If you have a problem with your bank and would like advice on Spanish banking law, contact us.