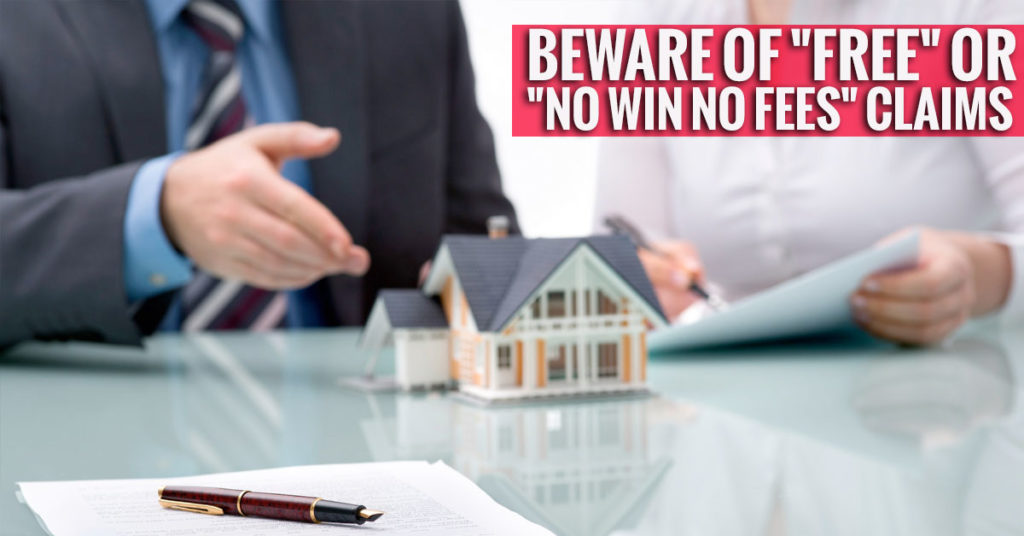 In today’s article we would like to warn you of the lack of information or misinformation that some companies and professionals are giving those affected by mortgage floor rate interest clauses, mainly in relation to claims known as “no win no fee”,  or “if you do not get paid, we will not charge you. “

Professionals may offer those affected by floor interest rate clauses to claim on their behalf against the offending banks in front of the courts, stating that they will only charge their fees if the claims are accepted. We understand that this is positive for affected individuals, and indeed, our firm also offers this kind of service.

However, whilst it is true that the chances of success may be very high, indeed our firm has successfully claimed in 100% of these cases, legally the client must still be informed  that in the unlikely event of losing the court case, they could be sentenced by the court to pay the court costs of the process. This would mean paying the fees of the bank’s lawyer and procurator, as stated on the Article 394.1 of the Spanish Civil Jurisdiction Code, which states:

“On the declaratory process, the costs of the first instance will be imposed on the party which all petitions have been rejected, unless the court considers, and give reasons, that the case presented serious legal or fact doubts.”

In this regard, we understand that there are some additional legal strategies to minimize the risk of losing the legal proceedings and being asked by the court to pay the legal costs of the other party, for example: in addition to claiming for the floor interest clauses we also claim at the same time for the nullity of other clauses that are clearly abusive, and which appear in many mortgage loans, such as:

.-Nullity of other clauses such as those known as “early termination of the loan”, where some banks reserve the right to terminate the mortgage loan and claim for all outstanding capital back, just for a simple delay in payment of a monthly installment. These clauses are unfair because they are not proportional, nor do they take into account the seriousness of the breach, and do not allow the consumers to update or repair the situation, etc.

Therefore, in the claim it is advisable to ask not just for the mortgage floor rates clauses to be declared null and unfair, but also other unfair terms included on the mortgage loan. By doing this, the chances of losing all the petition and being asked by the court to pay the cost of the bank’s lawyers will be extremely small. You as consumers must be correctly informed about the potential consequences and costs that by law could apply, in the event of losing the court claim.

If you are affected by a mortgage floor clause, Contact us and we will help you.