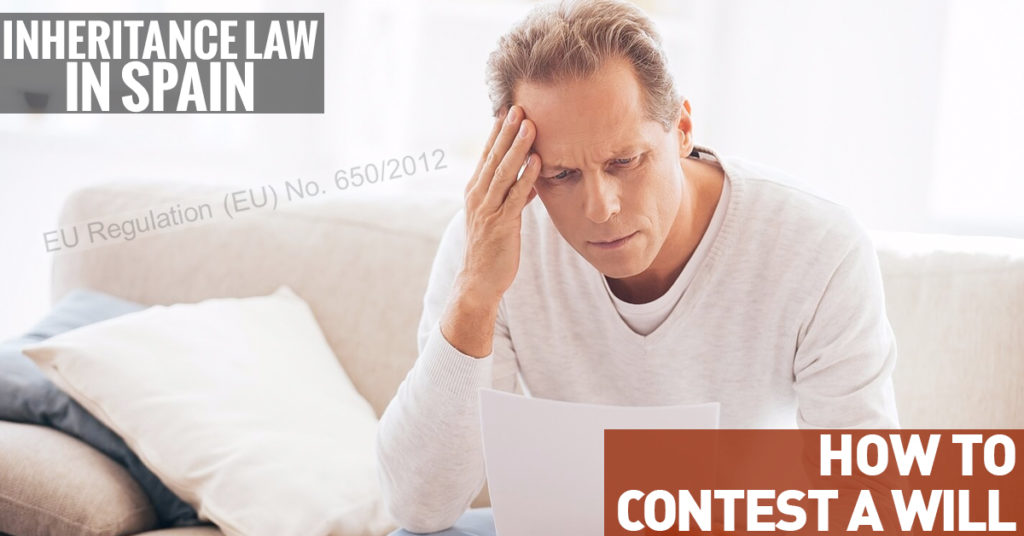 I would like to contest my late father’s Will in Spain, who passed away recently.

As I understand this is possible if he is English, was a Spanish resident and has all his real estate assets in Spain.

Thank you for your query. You are right, before the European regulation 650/2012 came into effect, it was possible to claim Spanish Inheritance Rules applying to the inheritance of an English citizen.

And therefore the children are entitled to 2/3 of the estate, as long as the English national was domiciled in Spain and has all his real estate assets in Spain. Because what we call the renvoi from English to Spanish Law, as the law that should govern the succession was accepted.

Now, after the European regulation 650/2012 came into effect, (all deaths that take place on or from the 17th of August 2015), it would be essential to know when the Spanish Will that we want to contest or challenge  was granted.

It will apply article 83 ( Transitional provisions).

And the provisions of the Will will be normally respected, as long as they are valid as per the rules of private international law which were in force at the time the disposition was made.

In the case in which the deceased had his habitual residence or in any of the States whose nationality he possessed or in the Member State of the authority dealing with the succession, etc.

The law of habitual residency of the deceased will apply unless they have expressly opted for his/her national law to apply to the inheritance.

Therefore, in order to determine if a Spanish Will could be contested it would be relevant:

.-date when the Will was granted,

.- place where the assets part of the estate are.

Once we can determine which law applies to the inheritance, i.e; Spanish or English Law, we could determine if it would be possible to contest the Will, and what are the grants to dispute and challenge it.

If you want any further information regarding contesting a Will or dispute a Spanish Will as per the regulation 650/2012, contact us, we will help you.

For more information check our service: CONTEST A SPANISH WILL.