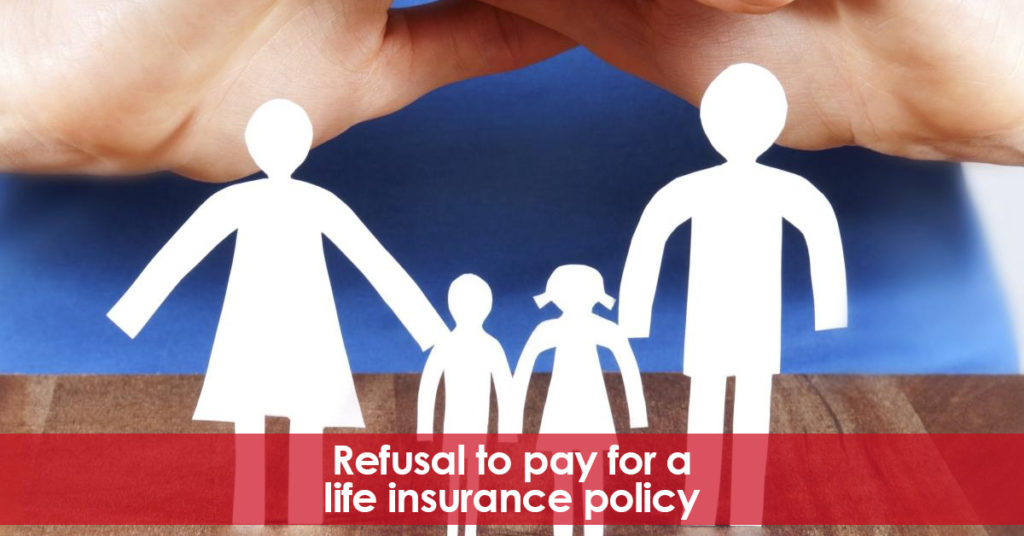 THERE are many enquiries that come to our law firm, regarding the refusal to pay for a life insurance policy. Refusals, obstacles, and delays, are used by some of the insurance companies in Spain.

It is very common, that insurance companies delay the procedures. Sometimes they don’t directly refuse payment, but they use all kinds of techniques to delay such as excessive and unnecessary documentation requested; delays in responding to emails, etc.

One of the most common excuses is the lack of information about a previous illness. Thus, insurers sometimes claim that the insured did not report their pre-existing illnesses correctly and this therefore, meant that the insurer was unable to estimate the actual risk covered.

Often, they suggest therefore, that in the health questionnaire completed when applying for such insurance, the entire truth was not revealed or that important data related to illnesses prior to signing the policy was hidden.

If you are going to claim compensation for a death, it is essential that you;

It should be noted that sometimes, the health questionnaire is deficient. Sometimes it is very general, ambiguous, incomplete, etc. and there are even cases where the declaration has already been completed by the insurer.

Refusal to pay out on life insurance

Thus, in case of refusal to pay out on life insurance policy, claiming this is because of an undeclared pre-existing disease; it is important to verify if is a health questionnaire was supplied and if it was correctly completed.

If such did not exist or was insufficient, the insurer could not claim the existence of a previous undeclared disease as an excuse for not paying.

The recent ruling of the Provincial Court of Jaen, of 16/04/2020 amongst others is relevant as although it recognised that a chronic illness was not mentioned by the policyholder it observed that

If you wish to claim against an insurance company in Spain, or against a refusal to pay for a life insurance policy, contact us or visit our court services.

You can also stay informed on our Facebook page.

2 thoughts on “Claim against Insurer in Spain. Refusal to pay out on life insurance policy. Pre-existing diseases.”