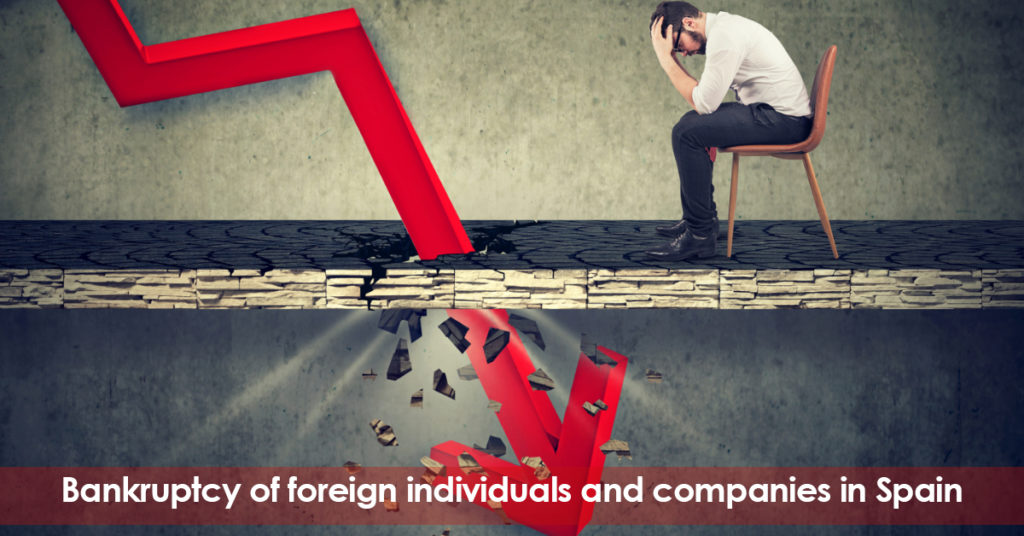 THERE are a number of foreign nationals, both individual and companies, who are unable to honour their debts but have assets in Spain, (in many cases real estate, bank accounts, etc.) in addition to assets in their country of origin.

For these purposes, it should be understood that a few days ago, on May 5, 2020, the consolidated text of the Spanish Bankruptcy Law (RDL 1/2020), which includes the rules of private international law in its articles 721 and following, was approved.

In addition, the REGULATION (EU) 2015/848 OF THE EUROPEAN PARLIAMENT AND OF THE COUNCIL of May 20, 2015 on insolvency proceedings must also be taken into account.

In relation to the recognition of foreign insolvency proceedings in Spain and the coordination of insolvency proceedings that can be opened in Spain with those opened abroad, article 721 of the Spanish bankruptcy law,  says it will not be applied when there is a lack of reciprocity or cooperation on the part of the authorities of the corresponding country.

In the case of a company or legal person, it would normally be considered the address of the registered office whilst for an individual undertaking an independent business or professional activity, it would be the principal place of business.

For cases involving individuals, it would usually be their habitual residence

In addition, with regards to the possibility of opening another secondary or territorial insolvency proceeding, the regulation states that other countries (other than where the centre of main interests is located) may open insolvency proceedings with respect to the debtor, provided that the debtor has an establishment within that country.

Likewise, it is relevant to point out that the Spanish bankruptcy law in article 743 foresees the possibility of recognizing the administrator, insolvency practitioner or representative of the bankrupt or insolvent entity, appointed in the main bankruptcy process abroad, with the same functions recognised in accordance to the rules of the country where the bankruptcy was commenced, provided that Spanish law is respected in the exercise of such activity.

Therefore, if you are a creditor of a person or company with assets in Spain, or an administrator or representative of a debtor in a process of insolvency abroad, or if you are a foreigner who lives in Spain or have assets here, and you want Legal advice on the recognition of a foreign insolvency process, or the possibility of entering into bankruptcy in Spain, contact us and we will help you.