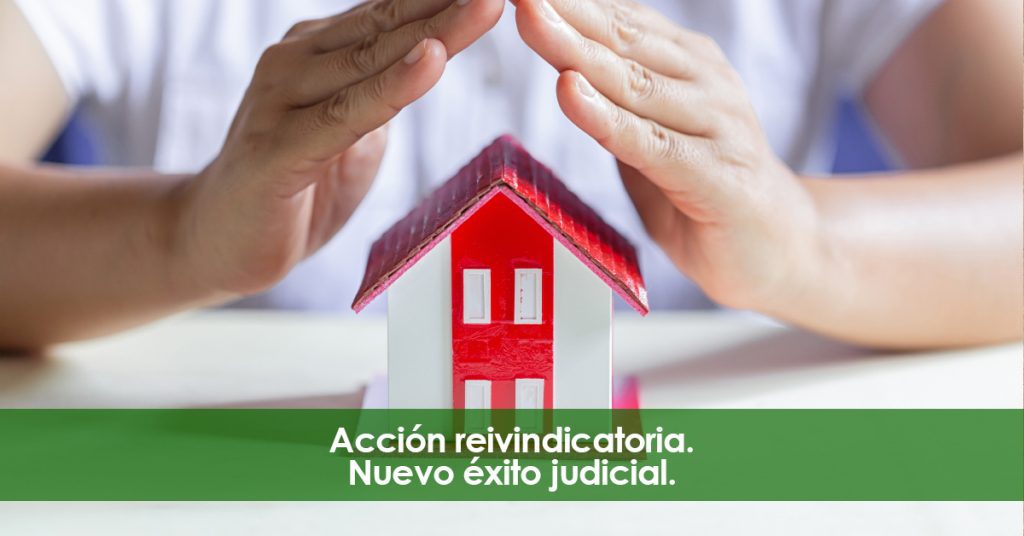 IN today’s article we will discuss the ownership claim and a recent court success. Our firm represented the owners of a property against whom a claim was filed. The plaintiff argued that his neighbour was in possession of some metres that corresponded to his property. For this reason, he filed an ownership claim against our clients, which the court eventually rejected. The judge ruled in our favour, and our clients will be able to continue enjoying their property as they had been doing until now.

You can check the judgement in the following link: COURT JUDGEMENT ON OWNERSHIP CLAIM.

What exactly does an Ownership claim consist of? Where is it regulated?

The ownership claim is regulated in article 348 of the Spanish Civil Code. Along with the declaratory action of ownership and the action to delimit, it is one of the main actions to defend the ownership of a property. It is designed so that a non-possessing owner demands the restitution of the thing from the non-owning possessor. In in simpler terms: It is the right of individuals to go before a judge and demand the return of what they consider to be theirs and that is currently in the hands of another person.

What requirements must fulfil an Ownership claim to be successful?

According to the case law of the Spanish courts, it is essential that the following conditions are met:

1.         The plaintiff must prove his right to own the thing. This can be proved by showing a ‘just title’, such as a deed of sale. However, there are exceptions. For example, the usucaption (that we have discussed in the past).

2.         The defendant, logically, must be in possession of the thing claimed. And, furthermore, he or she must possess it without any title whatsoever. Or with a title, but of a ‘minor nature’.

3.         Finally, we reach one of the most important elements: the identity of the thing. It is essential that what is claimed is perfectly identified and there is no doubt as to its situation, extension and limits. For this purpose, it is usual to resort to topographical expert reports.

Let us analyse the real case: Chronology of the facts and evidence

In 1978, a property was divided in two, creating two independent plots of land. These plots were separated by a wall and sold to different owners.

Through an expert topographical report, the plaintiff argues that its plot of land has fewer real metres than the ones registered in the Land Registry. On the other hand, the defendants’ plot happens to have more metres than it should. The plaintiff’s premise is that the missing metres of one plot correspond to the extra metres in the other one.

During the trial it was established that the requirements for the ownership claim to succeed were not met. First, because the metres claimed were not clearly and unequivocally identified. And, furthermore, since no measurements were taken of the other adjoining plots, it could not be ruled out whether these missing metres could be on another neighbour’s plot. The judge ruled in favour of our clients and the plaintiff was ordered to pay the court costs.

At White-Baos Abogados we are specialists in legal claims and civil law. Do not hesitate to contact us, we will study your case and offer you expert advice on the subject.

The information provided in this article is not intended to be legal advice, but merely conveys information relating to legal issues.

REAL ESTATE LAW IN SPAIN: Is your property registered at the Catastro as well as the Registro? Who cares? Here’s a simple way to find out and why it pays to do so.

Claim compensation in the purchase and sale of real estate properties in Spain. Handing over a smaller property.