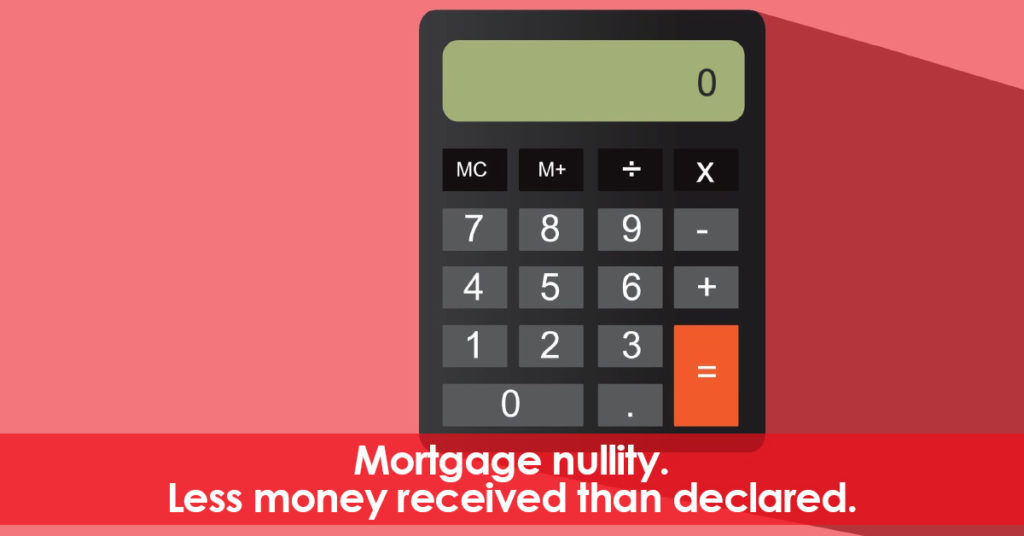 There are many reasons why a mortgage loan nullity could be declared by a judge. Some loans are against the Usury Law of 1908. These usurious loans usually have:

In the court decision indicated above, the Supreme Court declared that a mortgage loan contract be declared void in accordance with article 1 of the Usury Law, which states that it will be nullified if;

“The contract in which it is stated that a greater amount has been received than the one actually delivered, whatever its entity and circumstances.”

Thus, in this court decision, and other previous ones, the Supreme Court speaks of a “counterfeit or untrue loan”. It is the one by which, in a fraudulent way, a hidden profit is obtained, by the lender. Declaring that a greater amount has been lent than that actually delivered.

There will not be in a voided mortgage loan, when;

This then means that the loan has been properly executed.

In this case, it was pointed out that an amount had been paid to the client, partly by cheque and partly in cash and included a part that was for brokerage expenses, provisions for expenses, interest, etc.

But in reality, what was being hidden, is that it was being declared as an amount received, greater than that which was actually paid.

The Supreme Court reaches this conclusion, due to consideration of various circumstances;

In the event that a bigger amount is declared as being received than the actual amount paid then a mortgage loan nullity could be declared. This means;

If you have been the victim of a false loan, (if it was declared that you had been paid more money, than that actually received), you should know that you can legally claim the mortgage loan nullity.

If you have questions about an abusive contract, check our courts services and contact us.