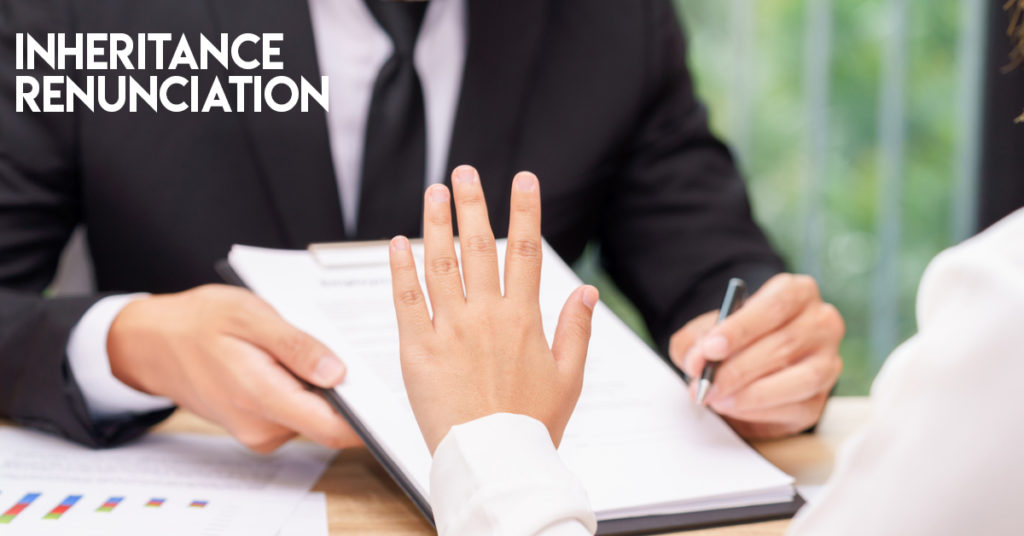 IT is well known that when one becomes the beneficiary of an inheritance in Spain, inheritance tax must be paid.

The deadline to submit and pay this tax to ensure that there are no surcharges or penalties is six months from the death of the person leaving the inheritance.

However, the statute of limitations for the tax, which is the period during which the Tax Administration has the right to ask for the tax to be paid, with the corresponding surcharges and penalties, is four years from the day following to the end of the period allowed to submit the tax without attracting penalties which means four years and six months from the death.

Unfortunately, there are many people who cannot afford to pay the inheritance tax, because the assets to be inherited are properties and there is no cash in the estate, so the beneficiaries do not have sufficient money of their own to pay the taxes due.

This case is especially true when the heir is a brother, a nephew, or a friend, since under normal circumstances they cannot enjoy the tax benefits that in Spain are normally allowed for the ascendants, descendants and spouses.

It is also possible that the beneficiary of the inheritance for some other reason does not wish to be the heir and decides not to accept the inheritance.

In such cases, it is possible that the heir may consider the possibility of formally renouncing the inheritance.

In the event that a person renounces the inheritance and refuses to be considered an heir then the right to accept the inheritance goes to next beneficiary who has been appointed as a substitute in the Will, or if there is no Will or it does not mention a substitute, the next person in the line of succession as established by the competent law.

But what happens to the tax in these cases? The law establishes that when a person renounces the inheritance, the new beneficiary is the one then obliged to pay the tax.

The beneficiary, the person who acquires the inheritance, will pay the tax on the basis of the share that he acquires, applying a factor according to the patrimony (male succession) that they had previously.

But for the purposes of amelioration and reduction, the degree of kinship between the renouncer and the deceased will be taken into account if it is higher than that of the eventual beneficiary.

In some cases, if the inheritance is accepted after the statute of limitation has passed (four and a half years following the death) and the Administration has not claimed the tax to be due, it is possible that the beneficiary could inherit without paying any tax.

What happens if the renunciation takes place once the statute of limitation period has ended? According to the recent consultation V0229-19 granted by the Directorate of Taxes in Spain, which has interpreted article 28.3 of the Inheritance and Gift Tax Law, the person who turns out to be the beneficiary of the inheritance after the renunciation, must pay Gift Tax, as the Administration will count this as a gift.

If you are considering renouncing an inheritance or you want to renounce an inheritance in favour of a relative, contact us and we will help you with the fiscal and legal issues.