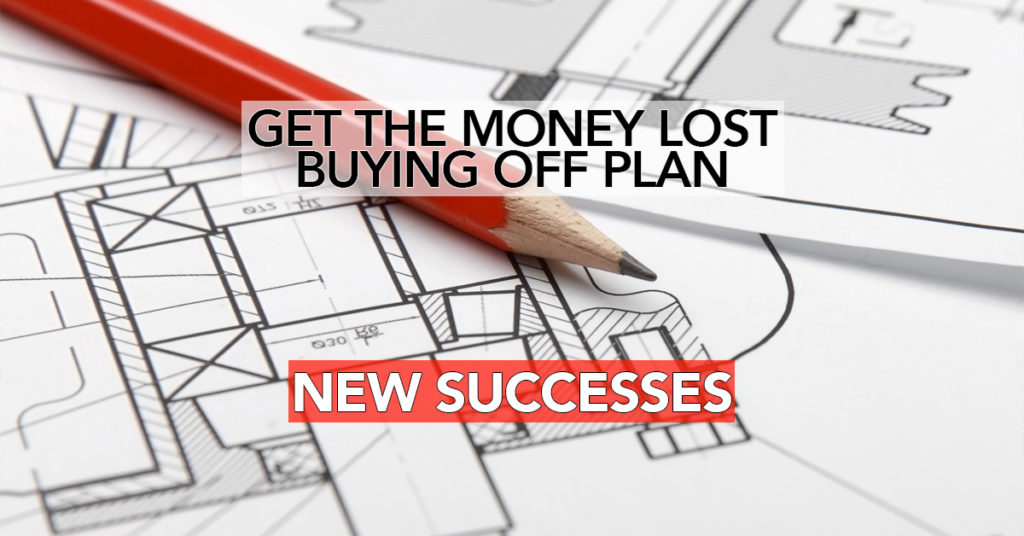 In today’s article, we want to continue reporting on those people who recovered money lost buying properties off plan, where homes were never built because the developer went into liquidation, no licenses were obtained, or other problems.

The Spanish courts, now practically without exception, recognize the responsibility of the banks and an obligation to pay back the money paid by the buyers under the Law 57/68, even though no individual bank guarantees was issued in favor of these buyers.

Firstly, when the bank received money from buyers into its accounts; without making sure it was secured by a bank guarantee or insurance policy, as required by Law 57/68.

Secondly, likewise and repeatedly, the Supreme Court has pointed out that those banks or insurers that have a general policy; what is known as a general bank guarantee line and guaranteeing a complex, are responsible for returning the money paid by the buyers, even if they have not issued an individual guarantee or policy in the name of such purchasers.

This good news continues for those affected in the complex of the Almanzora Country Club promoted by Huma Mediterraneo, to whom this law firm has represented in court, and recently we have obtained the following judicial decisions:

Court order 77/2016 of the Court of First Instance number 4 of Totana, condemning the Bank to return to Mr. and Mrs. F, the amount paid of 98,012€, plus legal interest from the time when they paid the money.

In view of the above, as per the Spanish Supreme Court precedents, from our successes in number of court cases, such as those affected at Almanzora Country Club; we advise people who have lost their money buying off plan, to ask for proper advice.

And our law firm has the commitment to not charge any legal fees, we win the court case and the client receives the money back.

For any questions, contact us and we will help you.