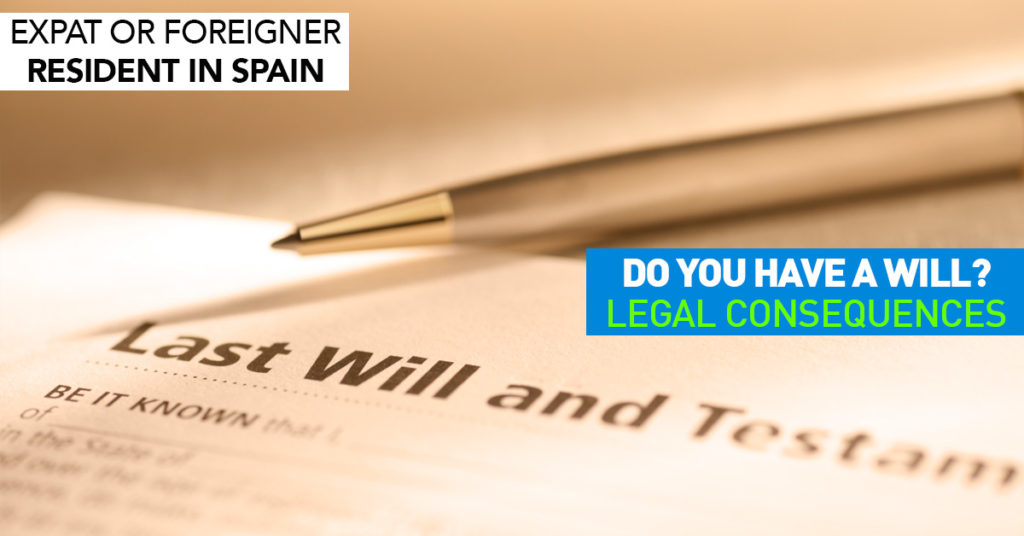 As we have informed in previous articles, the European Inheritance Regulation 650/2012 applies to all successions in relation to deaths that occurred from 17th of August 2015 onwards.

Since the 17th of August last year, successions in Spain are in principle governed by the law of the country where the deceased has habitual residency at the time of their death.

Therefore, in principle the succession of all people who have their habitual residency in Spain and have no will, will be governed according to Spanish law.

However, it is possible under this regulation (Article 22), by means of a testament, to opt expressly for the law of nationality of the testator or testatrix, as the one to govern the succession.

We should clarify that the application of Spanish law refers to the law that should govern the inheritance, that is: who should inherit, whether or not family members must necessarily receive part of the inheritance or if there is freedom to testate, etc., but has nothing to do with inheritance taxes to be paid, as they are governed by other legislation. I make this clarification, because many foreigners are not being properly advised and believe that this European Regulation allows them to choose to pay inheritance taxes according to the law of their nationality, but this is not the case.

As we have reiterated, according to Spanish law, the descendants have the right to inherit the majority of the estate, as they are considered as forced heirs. In addition, depending on the circumstances, there are other forced heirs that could be entitled to inherit, such as ancestors and spouses.

Therefore, if you have your habitual residence in Spain and you pass away without a will, Spanish intestate law will apply to your succession, and your descendants will inherit the vast majority of your estate, and your spouse will be entitled to only a residual part (the usufruct of a third of estate), which contrasts with the rules of other countries, that reserve a greater share of the inheritance to husbands and wives.

For this reason, if you want your assets to be distributed as allowed according to your own national laws, or to choose how to distribute them (with the limits established by applicable law), you must make a Will. This  will also simplify the succession process to your beneficiaries, the probate process will be faster, cheaper and easier, avoiding problems between the family members, etc.

If you do not have a Will in Spain, you should make one getting the right advice, please contact us