Spanish Wills (signed in Spain or in the UK)

Some of these advantages are:

1.) The existence of a Spanish Will is a cost effective means of simplifying the handling of your affairs. Many people rely upon their national Wills (English, Dutch or German) or even worse, on their national Intestacy rules ( English ) where there is no Will at all to deal with their Spanish estate. Unfortunately however, without a Spanish Will no action can be taken in Spain until the Grant of Probate of your English estate has been finalized (or the equivalent in another countries). This can take a very long time irrespective of whether your national Will or affairs are complicated or straightforward. There is also the expense of preparing an official translation of your national Will and its legalisation to bear in mind, which together will cost significantly more than preparing a Spanish Will in the first place.

2.) A Non Spanish person (i.e English) prepares his / her Spanish Will normally in accordance with his/her national law (i.e.: English law). This means that the same provisions set out in any existing National Will (English) can generally be duplicated in the Spanish Will if required.

3.) A closely related topic is Inheritance Tax. Many people are aware that the Spanish authorities impose tax penalties if matters are not dealt with quickly. You have only 6 months to pay any taxes due on the deceaseds Spanish estate following the date of death, failing to do so will result in a surcharge and interest will start to accrue. It is rare for the English Grant of Probate to be dealt with in time to allow this deadline to be met. Many people mistakenly believe that by simply waiting 4 ½ years before informing the Spanish authorities of the death, there will be no tax to pay. This is a risky approach and also means that the estate (usually comprised mainly of a house) cannot generally be sold or borrowed against during this period.

4.) For tax purposes a Spanish Will can be drawn in such a way that it will minimize the Inheritance Tax (IHT), needless to say you have to know how the Spanish IHT works to make your Will really tax efficient.

5.) Sometimes (due to the amount of the estate etc) when an English person passes away there is NO need to get a Probate as long as he has a valid Spanish Will BUT if this person does not have a Spanish Will then normally the Spanish authorities will need to see the Grant of Probate before dealing with the Spanish estate.

If you have assets in Spain and have not yet drawn your Spanish Will we advise you to do it as soon as possible. The most advisable way is to do it in Spain as it will be registered in the Spanish system (central registry of Last Wills etc) directly. But if it is not possible for you to travel to Spain we can also prepared your Spanish Wills in our office and you can sign it in UK. Once the Spanish Will has been signed we will make sure it is registered in Spain.

There are occasions where a beneficiary is unaware that he or she has been named in the Spanish Will. The absence of an executor (as that term is understood in accordance with English law) or in Spanish Law an Albaceca Contador Partidor; can mean that the beneficiary is never contacted. It is therefore advisable to ensure that someone knows of the existence of the Spanish Will and undertakes to contact the beneficiaries. Depending on the case it would be very convenient to appoint an Albacea or Executor in your Spanish Will.

The administration of a Spanish estate need not be any more complicated than dealing with an English estate. One of the key differences however is that the executors appointed in an English Will have the power to deal with the administration of the estate by contacting the banks etc, pay any taxes due, and then distribute to the beneficiaries. Effectively a beneficiary of assets in the UK under an English Will need not play an active role in the process and can simply wait until everything has been finalized. However this is not the case in Spain.

Every beneficiary of Spanish assets, whether those assets are comprised of a house or cash in a bank account, must play an active role and cannot simply wait for their share to appear in their bank account. Each beneficiary must, at the very least, produce an original NIE certificate in order to be able to inherit. We can apply for it on your behalf my means of a Power of Attorney. 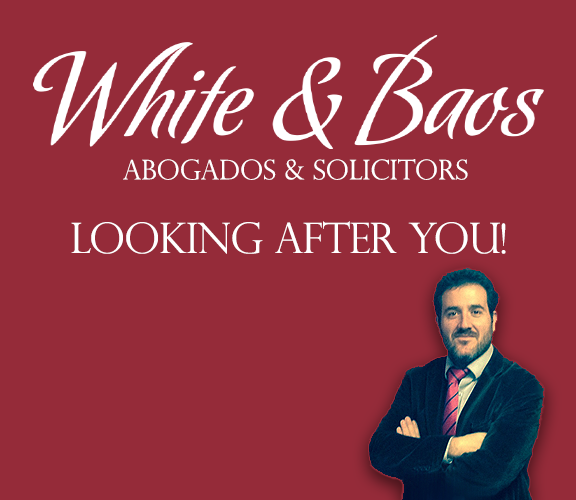 SINCE the Spanish Government declared a state of alarm due to the expansion of the coronavirus, Covid-19, movement and contact between people has been severely restricted. Despite the quarantine, there is still a need for legal advice and for that reason, we at White Baos lawyers continue to work remotely, taking into account all of […]

In this article we will review the advantages of creating a will in Spain if you area foreign citizen or expatriate with properties or assets in Spain. European Union regulation 650/2012 regarding successions and inheritance is applicable in Spain, even for nationals from countries that are not member states of the EU. This establishes that […] 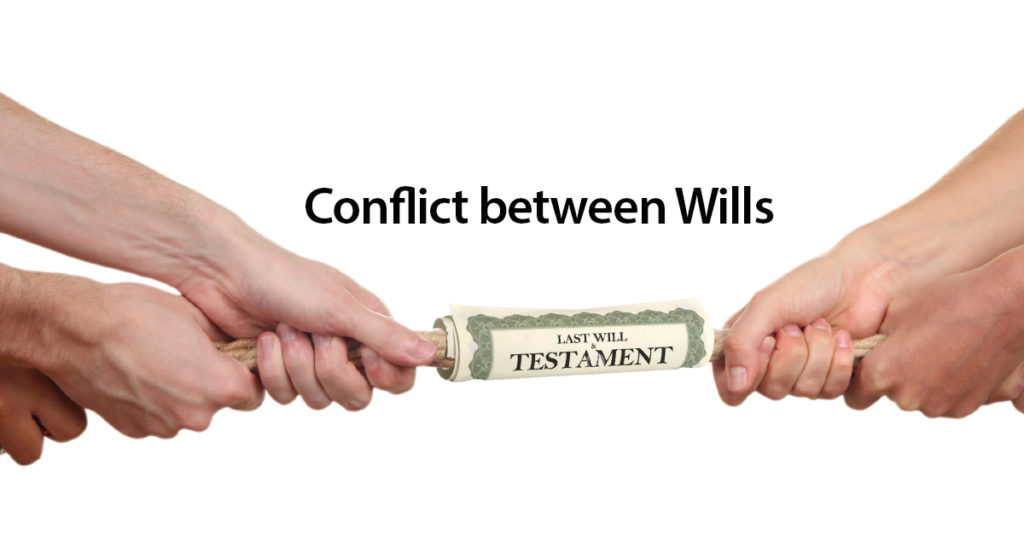 Question: Dear lawyer, My father made a will in Spain leaving all of his Spanish assets to me. A few days later he made a new will in his country, England, leaving the real estate property located there to his other children, my brothers. What my father wanted was for me to inherit the Spanish […]