This is a very common issue that arises between ex-spouses, heirs, partners, investors, friends, etc., who purchased or inherited a share in a Spanish property with others. Whether there are problems between them or not, co-owners often do not want to share ownership in a property. In England, for example, you might see the executors or beneficiaries of a Will decide, through the executors, to sell an inherited property and divide the proceeds in accordance with the Will. In Spain the beneficiaries will become the owners and it will come as no surprise that children from different marriages are often not keen to own property together.
This legal situation is known in Spain as a condominium or co-ownership and is regulated by Article 392 of the Spanish Civil Code (Codigo Civil), and basically covers the scenario where several people own the same thing.

In principle it must be understood that in these cases, where there are several owners of the same property, they can each make individual decisions and comply with their obligations (paying taxes, contributions to the house , etc..) according to the share that each of them own in the property, except if between them there is a special agreement changing this general rule.

It is almost inevitable that in this situation there will be problems that arise and discussions between the co-owners of the property about the use that should be permitted, the contribution to pay the expenses, taxes of each owner, the decision to make improvements, etc. On these occasions the best thing and the most advisable way to proceed is to reach agreement among all owners, to divide the property or properties if possible between them, or buy and sell the shares between them so that only one of the co-owners will keep the whole property. If it is not possible to reach such an understanding, then it should be considered trying to sell to a third party. In these cases it is convenient to determine the value of the property by using an independent and official surveyor in order to reach a fair settlement.

The Civil Code provides in Article 400 for the possibility of any of the co owners to apply for the  actio communi dividundo  or action to divide the common thing. This article states that No owner shall be obliged to remain in the community. Every one of them may at any time apply for the division of the common thing

So, any individual co-owner may request the division of the common ownership (the property or properties they own in common) unless there is an agreement signed where the co owners undertake to keep the property undivided. These agreements are legally binding and can have a maximum term of 10 years, and could be extended by agreement of the parties.

In the event that the owners decide not to continue to share the property or properties, it is necessary to distinguish between two different scenarios:

1 .- if the property could be physically divided , it can be split and each owner will be awarded a property or share in accordance with his % of ownership, as far as the division is possible and according to the applicable building regulations, which normally unfortunately it is not the case. An unlikely example might be two outbuildings of a similar size on a plot of land jointly owned by two people – these could be split so that each person owns one.

Although it is not advisable, in some cases the only real option is court action for the division of the common property and the public auction of the property. 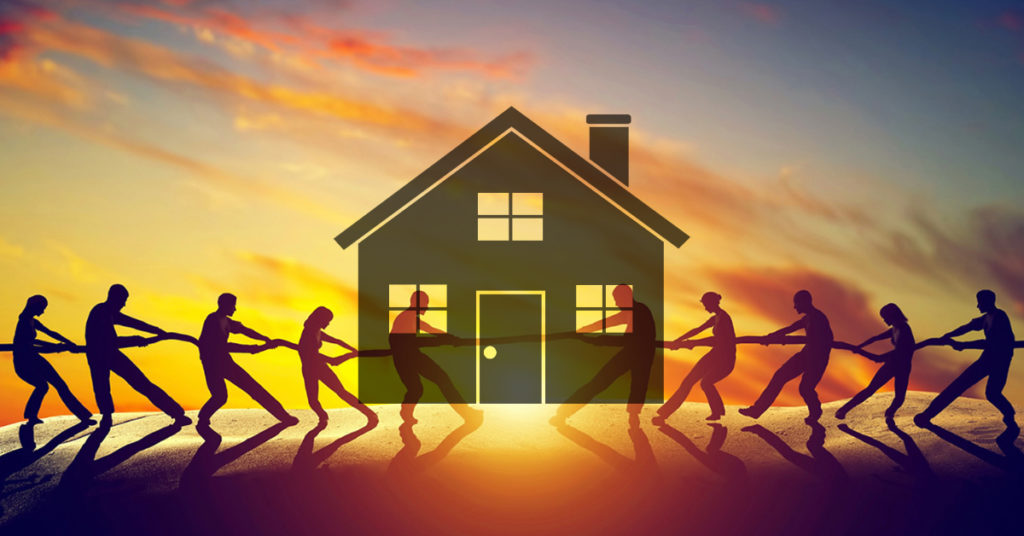 Expert lawyers in Spain. Property rights. Disputes between co-owners. Exclusion in the use of the home or common property. Legal and court claim for compensation. […] 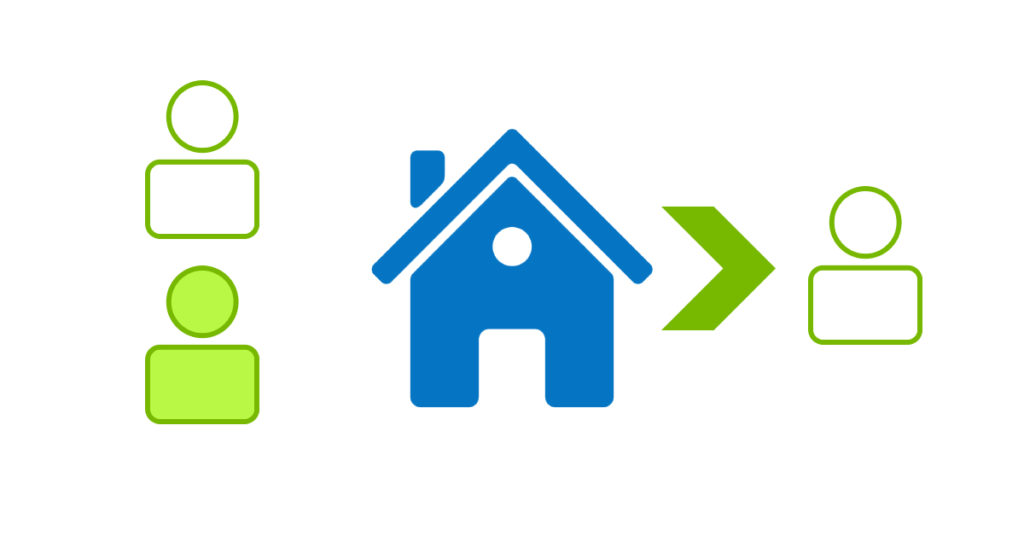 COOWNERSHIP AND CONDOMINIUM. THERE is a condition known as condominium or co-ownership over a property established when it has two or more owners. There are many situations in which a co-ownership of such a property could exist although the most frequent are the joint purchase of a property by several people, the purchase by a […]

Dear Sir, My husband and I, aged 64 and 62 respectively, intend to transfer our whole property in Costa Blanca , to our daughter. Could you please inform us how we can put her on our Spanish property Deed? Dear reader, thank you for your consultation about transfer of a property between members of the […]